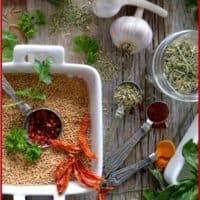 According to an article published in the Washington Post in 2015, Indian food is so good because of “the way flavors rub up against each other.” In their article titled “Scientists Figured Out What Makes Indian Food so Delicious,” they reported on the scientific analysis of the chemical compounds found in Indian spices, to explain what makes this cuisine so compelling. If you want to go read the original article, the link is here.

Indian cooking has long been influenced by Ayurveda, based on ancient writings that focuses on a holistic approach to physical and mental health. By these principles, it is recommended that each dish includes 6 elements of taste: bitter, heat, pungent, salty, sour, and sweet. Here are the foods that lend their flavors to these elements:

India is the world’s largest producer and consumer of chilies. The peppers used depends on what is grown locally. Heat is added to dishes, often using both fresh green, and dried red chilies.

For fresh chilies, if Indian small green chilies are not available, use Serranos for moderate heat, and green Thai chilies for a little more of a kick.

Indian whole dried red peppers are toasted before using. If you don’t have access to an Indian grocer and don’t want to buy online, Kashmiri chiles, Mexican chiles de arbol, and pasilla chiles are all good substitutes.

The souring agent Indian cooks use depends on what is locally available:

Jaggery (gur, bellam, chakkara) is by far the most popular sweetener in India, though white sugar is making its inroads. Made from cane, date, or toddy palm, the sugar is not separated from the molasses, so it has a moist, deep brown color. Jaggery is used in sweets, to balance curries, as medicine, and in dishes offered to the gods during Hindu ceremonies.