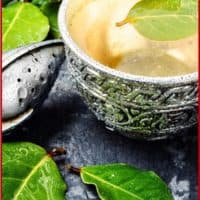 India’s formidably hot summers (March, April, and May) inspire many favorite drinks formulated to cool the mind and body. Here are some of the most popular drinks in India.