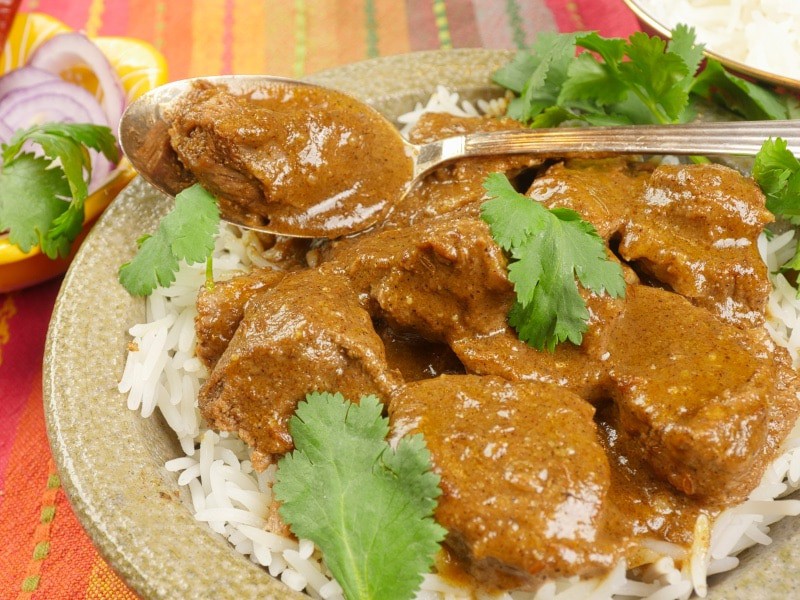 Show your family and friends how much you love them with this fragrant and generously spiced rogan josh curry. Use lamb, beef, or chicken as you wish.
Jump to Recipe Print Recipe 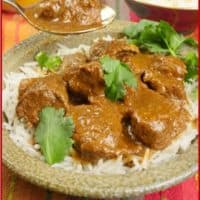 A Standard for a Reason!

Rogan josh curry is a popular choice on most Indian restaurant menus here in the United States. This masala is traditionally made with lamb, and since we love lamb, that is what I typically use. But feel free to make organ josh with chicken or beef because they will work beautifully as well. However, you may want to use chicken thighs, as you will be less likely to have dry, tough meat.

Introduced to India by the royal Mughal kitchens, the Mughals spent summers in the cooler valleys of Kashmir, thus influencing the cooking of this region. Rogan means butter in Persian, and aromatic with cinnamon, green and black cardamom, cloves, fennel, and black pepper, this rich sauce is truly fit for a king. Josh means hot or passionate in Hindu, referring to cooking over high heat, or the heat from red chilies, depending on whom you believe.

A Dish for Weekend Puttering

Rogan josh done right is not exactly weeknight cooking, though it is not hard to make. And the time invested will pay off in oohs and aahs you will hear around the table. Make this on the weekend, when you have leisure time in the kitchen, and you can putter about, peeking at a simmering braise. Happily, you won’t need to do overnight marination, but I do highly suggest making it a day ahead, so the final result will be even more flavorful.

Favored by Kashmiri Pandits (Brahmin), this recipe is “Pandit Style,” meaning no onion or no garlic. And trust me, you won’t miss them either. I’ve patterned my dish after Hari Ghotra’s version of this curry, though I’ve added mace and fresh ginger paste to the party. If you haven’t found her YouTube channel Hari Ghotra, I suggest you look her up. She does a good job of walking you through recipes and explaining the why’s of the more unusual ingredients and cooking steps. She also sells curry pastes that I would love to try for a weeknight shortcut, but unfortunately, she does not yet have a U.S. distributor (She is U.K. based).

Oh, and by the way—This recipe is one of the top 20 Indian favorite dishes. Take a look!

See Notes below before you cook. 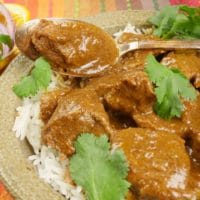