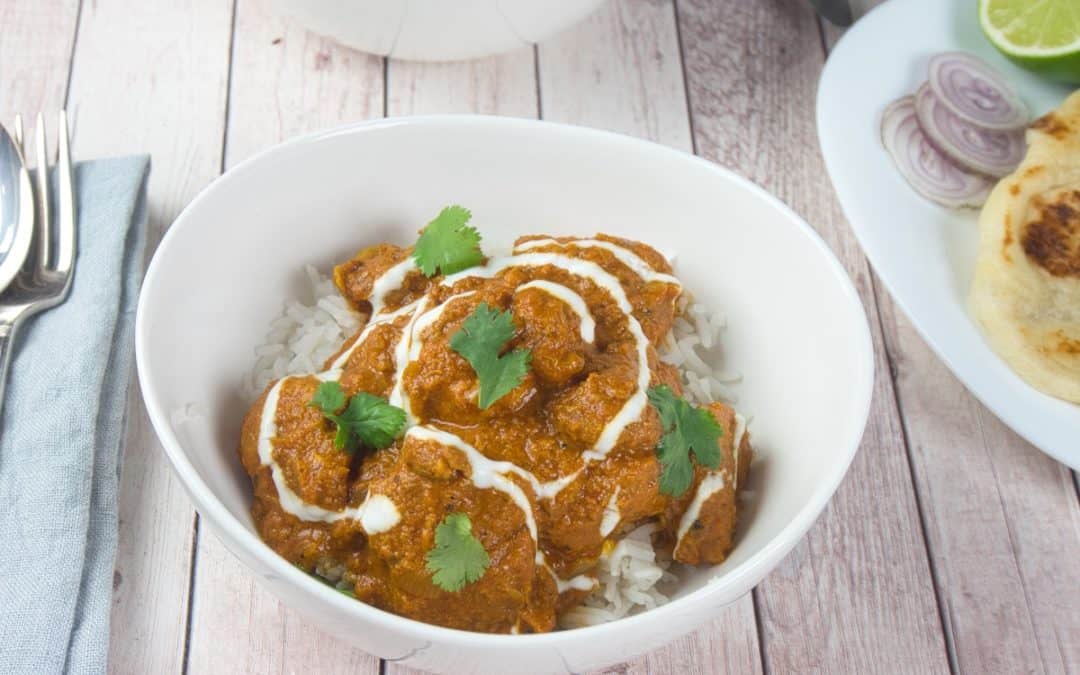 Infused with familiar Indian spices, chicken tikka masala is rich and tempting. England’s national dish, it is worth every bit of time it takes in the kitchen.
Jump to Recipe Print Recipe 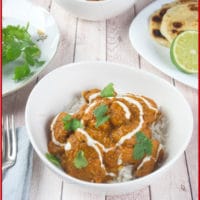 Chicken tikka masala is the U.K.’s national dish and one of my favorite curries. Yes, I know that it is supposed to have been created somewhere in the British Isles, where no one seems to know. It is more flavorful than that other great favorite, butter chicken (murgh makhani). Chicken tikka masala is a delicious, mild, curry of marinated bite-sized pieces of chicken, traditionally cooked in the incendiary heat of a tandoori oven. The flavorful sauce is made from tomatoes, caramelized onions, ginger, garlic, and spices.

Here is what I know: both butter chicken and chicken tikka masala are irresistible. They both can be made ahead and even frozen and defrosted as the need arises. They also have a huge overlap in ingredients. In general, chicken tikka masala is made with more spices and is not quite as rich. It gets its creaminess from ground cashews and yogurt rather than cream and butter. My recipe has a little of all three. Plus, there are exceptions to these differences seemingly in every cookbook. So don’t fret.

This ingredient list may look daunting but you won’t have to hunt for any hard to find ingredients. It just becomes a small matter of measuring out your spices. I wish I could tell you that this can be a weeknight meal, start to finish. But it is so much better if the meat spends one night in a spiced yogurt bath. But, if you perform the quick marination prep on Night One, and then do the final cook on Night Two, we can still call it “weeknight cooking” after all, and have a glorious curry (masala) at the end.

Do make a double recipe that will feed eight people. So if you aren’t feeding that many, you get to put half in the freezer and pull it out as a centerpiece for another meal. Serve with some rice and your favorite vegetable to round out the offering.

I love Samin Nosrat, author of the book “Salt, Fat, Acid Heat,” her Netflix special, and her cooking. The New York Times published her turkey tikka masala to use up leftover holiday turkey. It is interesting that even though she is using cooked meat, she still marinates it for 4 hours, or overnight. 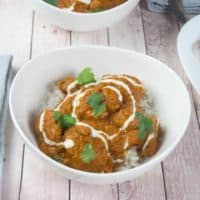